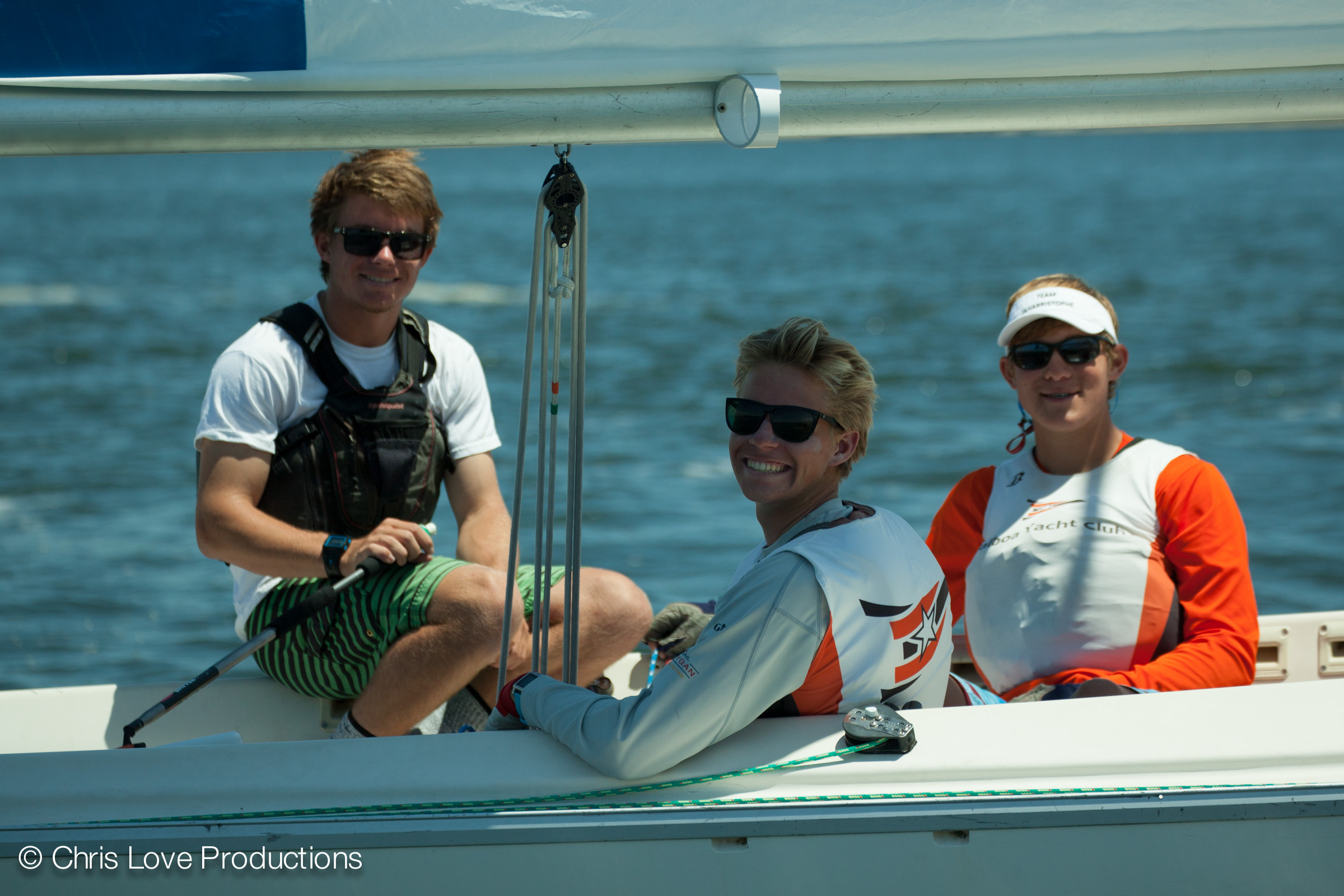 The team of Christophe Killian, Jack Martin and Harrison Vandervort from the Balboa Yacht Club has won the 2014 Rose Cup, a U.S. youth national match racing championship sanctioned by US Sailing and sponsored by Gill, Harken, North U and the event’s founder the Newport-Balboa Sailing & Seamanship Association. The event was co-hosted by Oakcliff Sailing and the Seawanhaka Corinthian Yacht Club in Oyster Bay, New York, hosts of the 2014 Intercollegiate Match Racing National Championship.

The Houston, Texas team of Dane Byerly, Howdy Hughes and Collin Scoville were awarded the Nick Scandone Sportsmanship Award based on a vote by the competitors and umpires. The top four skippers earned invitations to the 2014 Governor’s Cup, an international youth match racing event held at the Balboa Yacht Club in Newport Beach, California, July 14-91, 2014. Augustina Barbuto from St. John in the U.S. Virgin Islands was the top finishing woman skipper, in 6th place, and earned an invitation to the 2014 U.S. Womens Match Racing Championship,  July 10-13, 2014, at Oakcliff in their Match 40’s.

Four-time U.S. National Match Racing Champion Dave Perry and North U Director Bill Gladstone ran a two day clinic and continued coaching all the teams during the round robin. “What impressed me the most,” said Perry, “was the tremendous improvement in the match racing and small keelboat racing skill of all twelve teams. Most had little experience in the Sonars, and some had very little experience in formal match racing. By the last day, it was a true Grade 3 match racing regatta with multiple lead changes and boats overlapped at the finishing line.”

Perry, also Chairman of the US Sailing Match Racing Committee, said, “we are working hard on introducing the 16-20 year old sailors in the U.S. to competitive match racing, and the Rose Cup is our pinnacle event. We are pleased to announce that next year’s event will be the US Sailing Youth National Match Racing Championship hosted by the Balboa Yacht Club, June 17-21, 2015, in Governor Cup 21’s.  Video from this year’s event can be seen on the event facebook page. The complete results can be seen on the Oakcliff Sailing event page.  Many more photos and videos at https://www.facebook.com/RoseCupMatchRace.